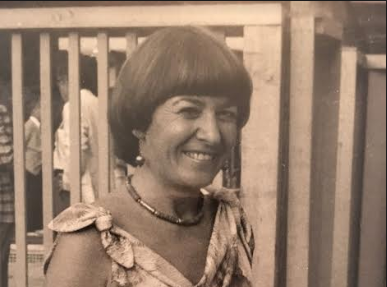 The Francine L. Bustin Memorial Fund allows Milton’s modern languages department to host scholars, lecturers, artists and musicians. Mme. Bustin, for whom this fund is named, taught French at Milton from 1973 to 1984. Thanks to the generosity of the Lehner family and friends of Mme. Bustin, the Bustin Memorial Fund exists “to enrich and enhance the French language which Mme. Bustin taught with such eloquence.” The Fund's primary purpose is to help the Modern Language Department host scholars, lecturers, artists and musicians on campus. The Bustin Memorial Fund may also support the French Exchange Program to ensure that deserving students gain access to this significant culturally-enriching educational experience.

Québécoise singer/songwriter and pianist Béatrice Martin makes cinematic French pop as Cœur de Pirate. She became a star in French-speaking Europe with the success of her 2008 self-titled debut, which featured the hit single "Comme des Enfants." Her 2010 duet with Julien Doré, "Pour un Infidèle," went all the way to number one in France. That was followed by a string of hit albums that also did well in Canada, including 2015's Roses, her first to be split between French- and English-language tracks.

Born on September 22, 1989, in Quebec, Canada, Martin began playing piano at age three and was educated in Montreal. She began her recording career in 2007, posting demo versions of her songs on MySpace. Around this same time, she began playing keyboards in the acclaimed Montreal-based indie pop band Bonjour Brumaire. As a solo artist, she made her full-length album debut in 2008 with the eponymous Cœur de Pirate album on the Grosse Boîte label. While the album was championed right away by indie pop scenesters in Quebec, it caught on more steadily from a commercial standpoint and was given a big boost when photographer Francis Vachon used the album track "Ensemble" in a YouTube video that became a viral hit on the Internet. Nominated for Francophone Album of the Year at the 2009 Juno Awards, Cœur de Pirate was released in France in 2009 in association with Universal Music. It became a big hit there, reaching the Top Ten of the French albums chart for several weeks in summer 2009 and spawning the Top Five hit single "Comme des Enfants." The French version of Cœur de Pirate features a duet with Nouvelle Star season five winner Julien Doré on the song "Pour un Infidèle," whereas the Canadian version features a duet with Jimmy Hunt. The French version of the song topped the singles chart in France.

In addition to her solo work as Cœur de Pirate, Martin founded Pearls, an English-language side project that made its debut on MySpace. Another collaboration, Armistice, featured Bedouin Soundclash's Jay Malinowski and members of the Bronx; the group released an EP in 2011. Late that year, Cœur de Pirate's second album, Blonde, saw release and reached the Top Five in France, Canada, and Belgium. Martin announced she was pregnant in February 2012, giving birth to a daughter that September. For a while afterward, Martin focused on soundtrack work, writing music for Radio-Canada's medical TV drama Trauma in 2013 and the Ubisoft video game Child of Light in 2014. The following year, she returned with Roses, the first Cœur de Pirate album to feature half its songs in English and half in French. In 2016, she performed in Les Souliers Rouges, a musical retelling of Michael Powell's film The Red Shoes that also featured songs written and performed by Marc Lavoine and Arthur H, and music by composer Fabrice Aboulker. That year, Martin also divorced and came out as queer via an open letter. Those events informed Cœur de Pirate's more introspective fourth studio LP, 2018's En Cas de Tempête, Ce Jardin Sera Fermé. (from All Music)