Skip to main content
It looks like you're using Internet Explorer 11 or older. This website works best with modern browsers such as the latest versions of Chrome, Firefox, Safari, and Edge. If you continue with this browser, you may see unexpected results.

3. Check the “About Us” tab on websites or look up the website on Snopes or Wikipedia for more information about the source.

♦ You should be able to find legitimate news stories on multiple, reputable sources.

*For more tips on analyzing the credibility and reliability of sources: 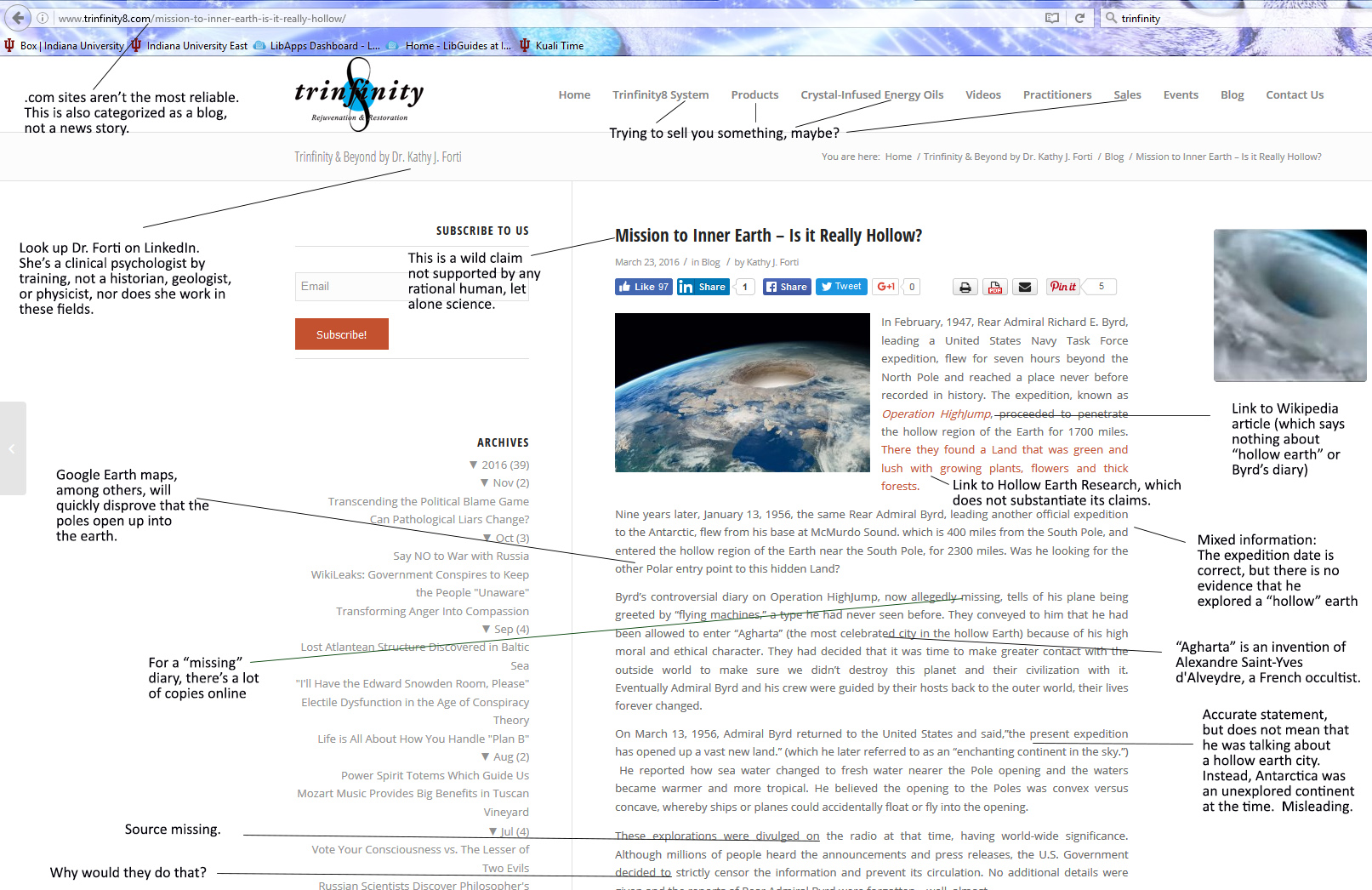 Thanks to the librarians at Indiana University East for permission to use this image.